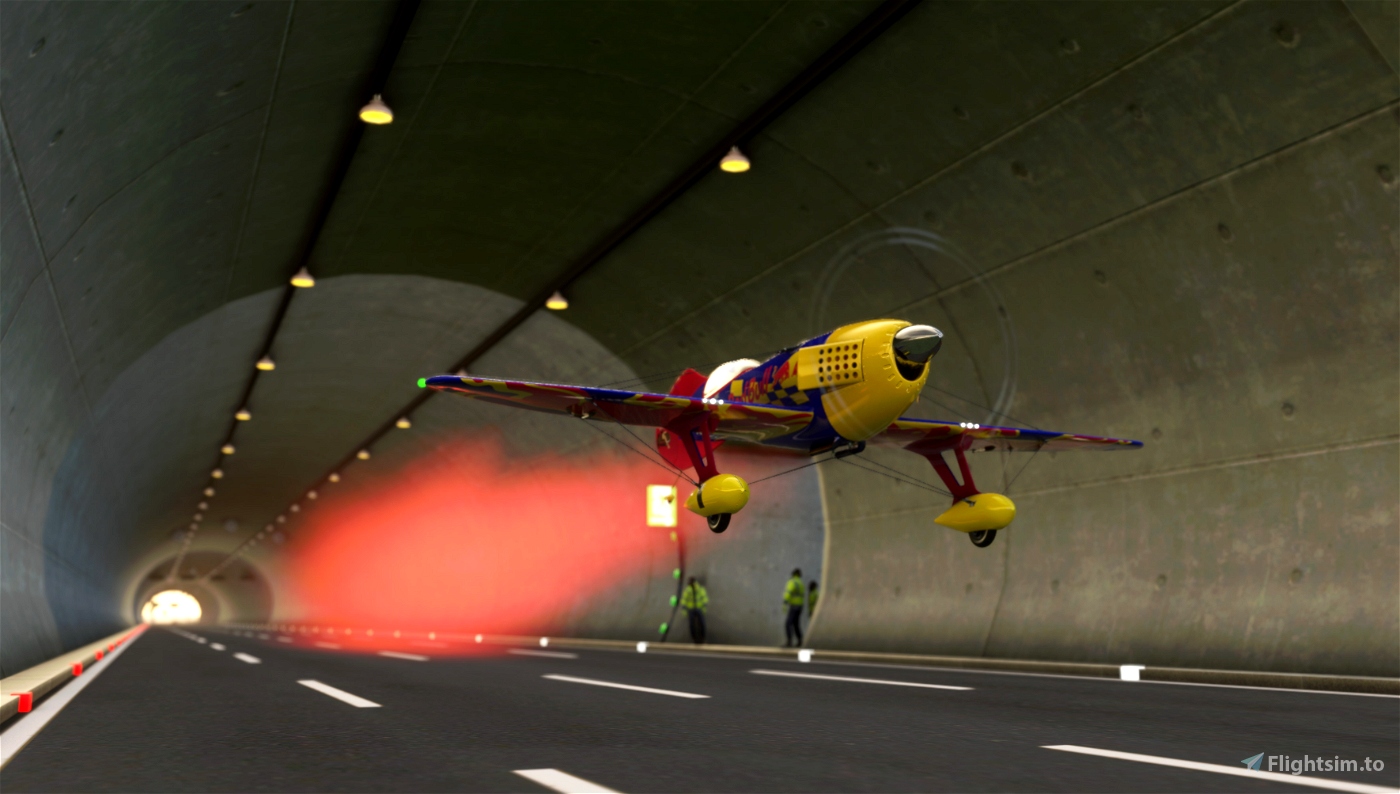 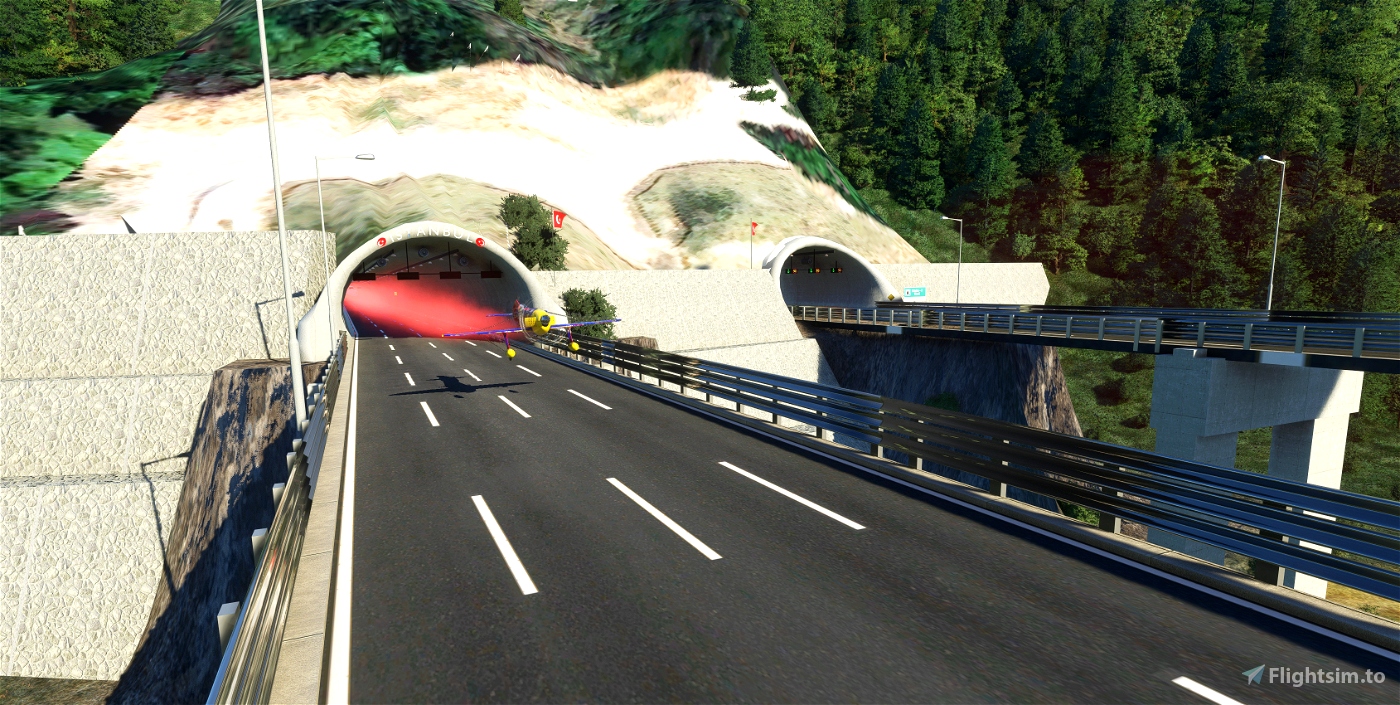 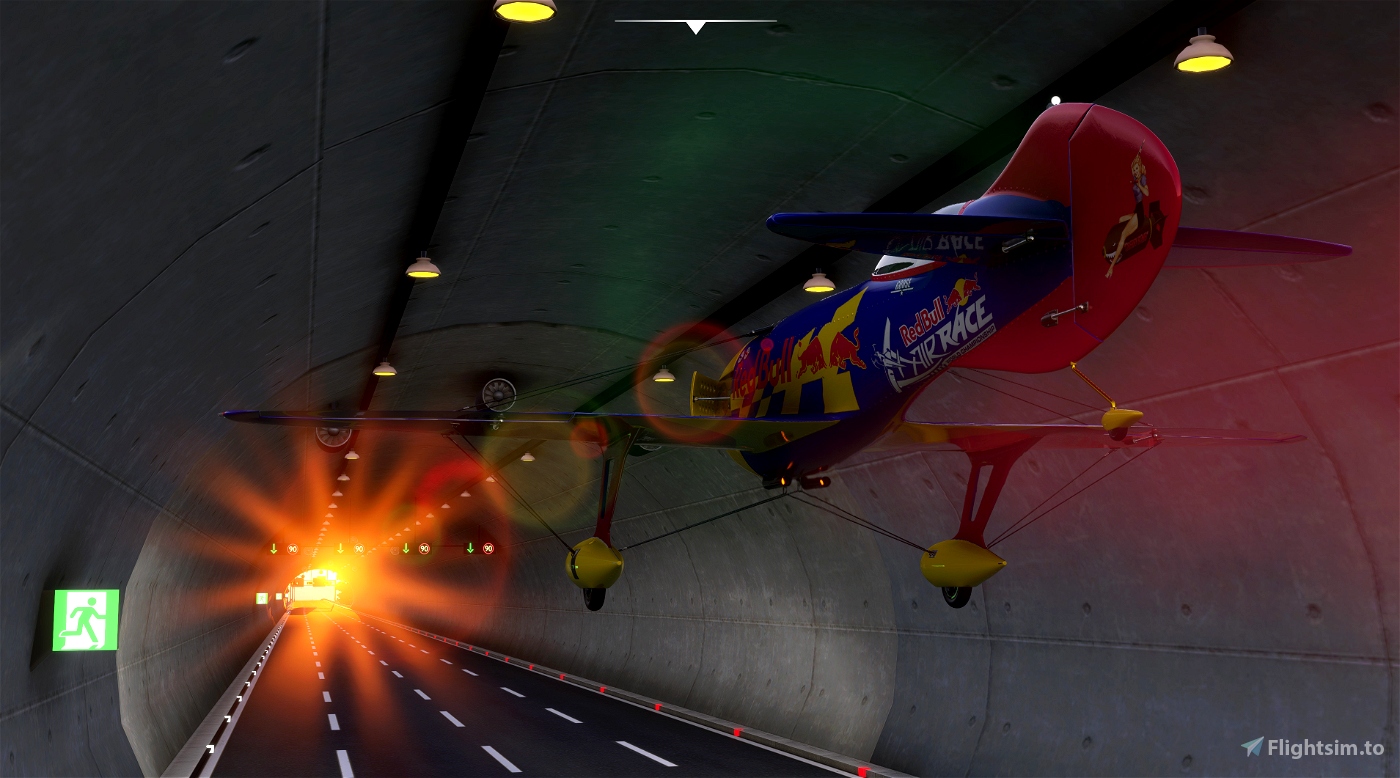 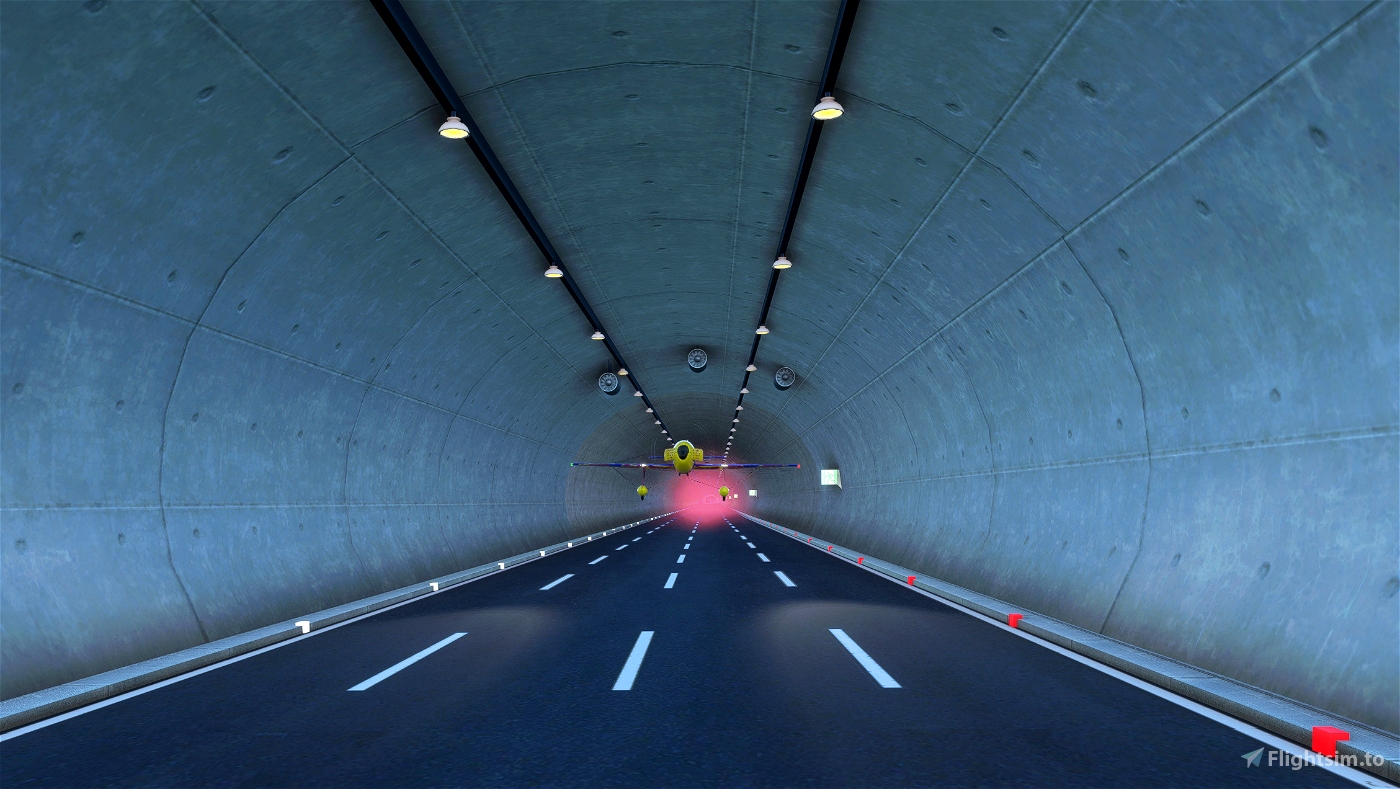 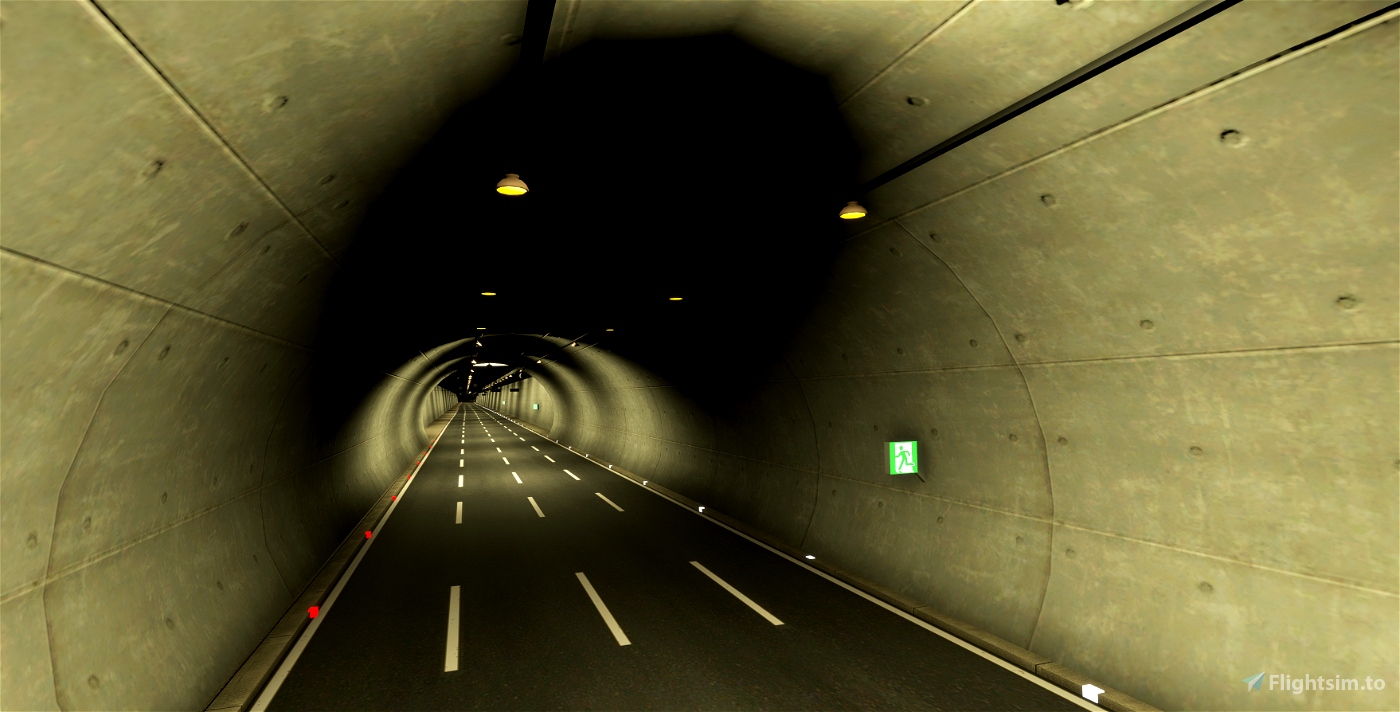 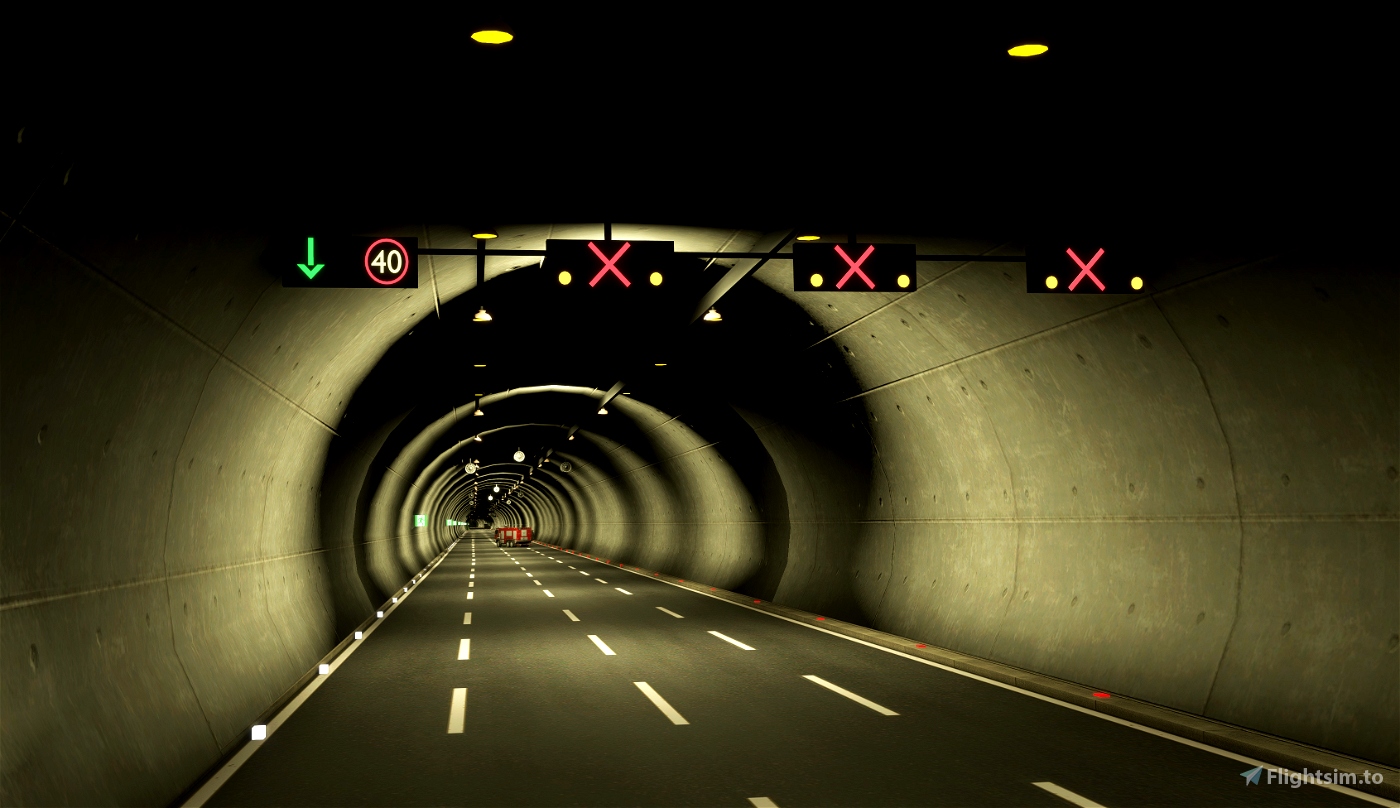 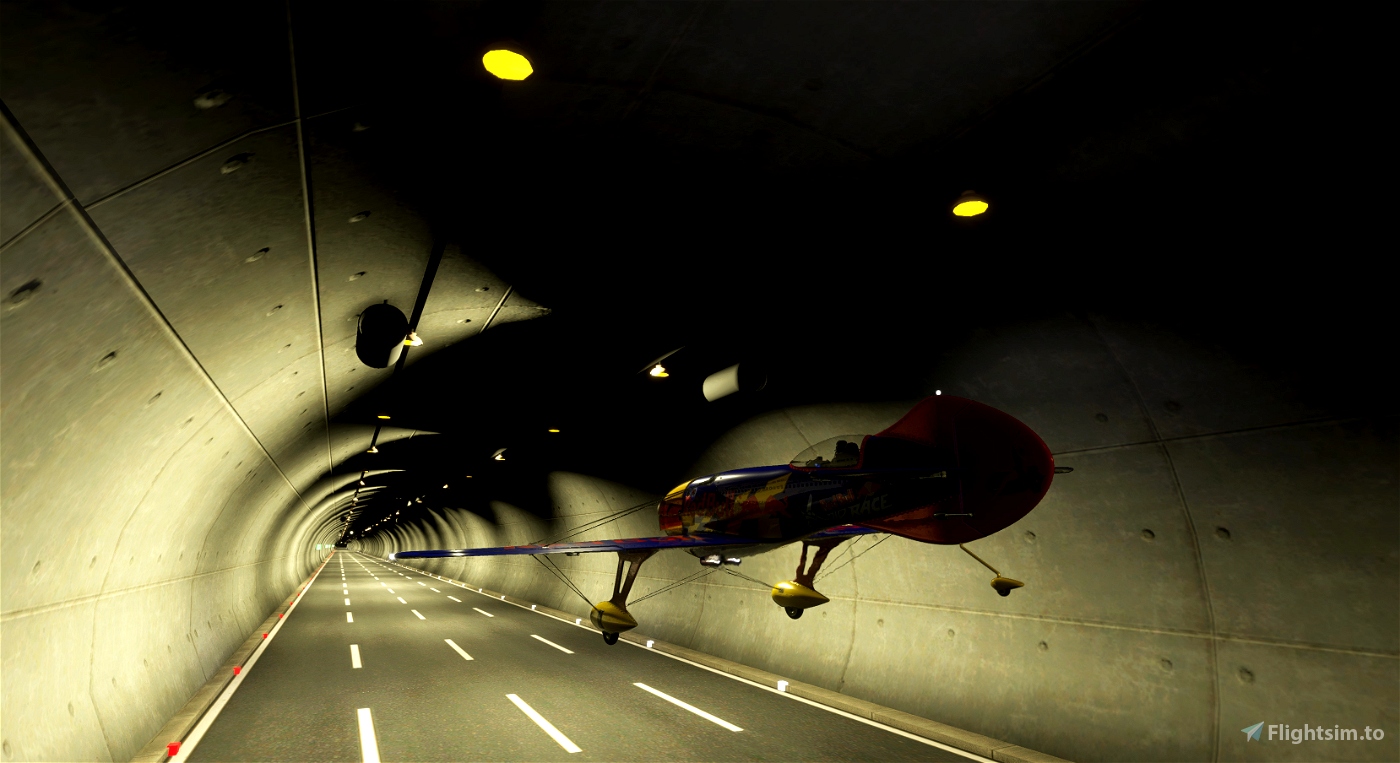 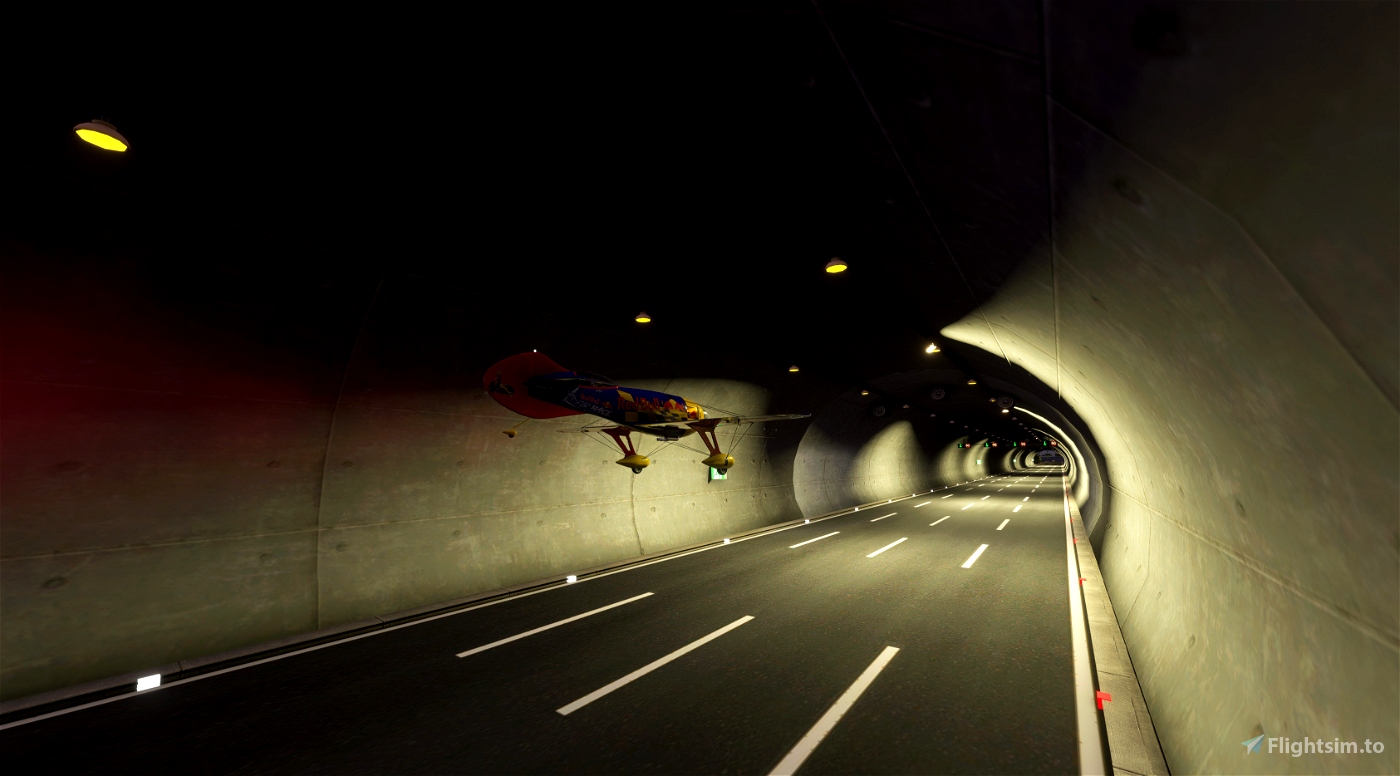 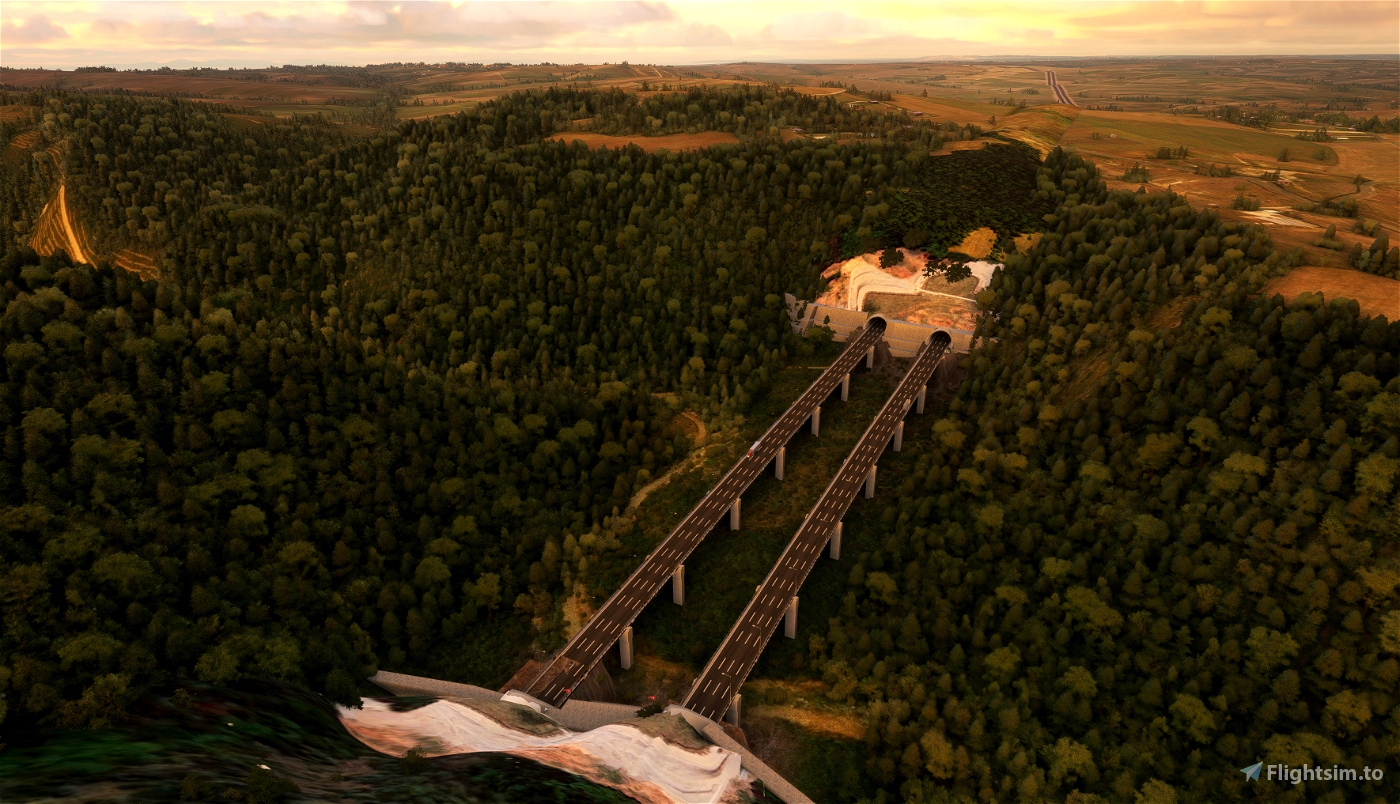 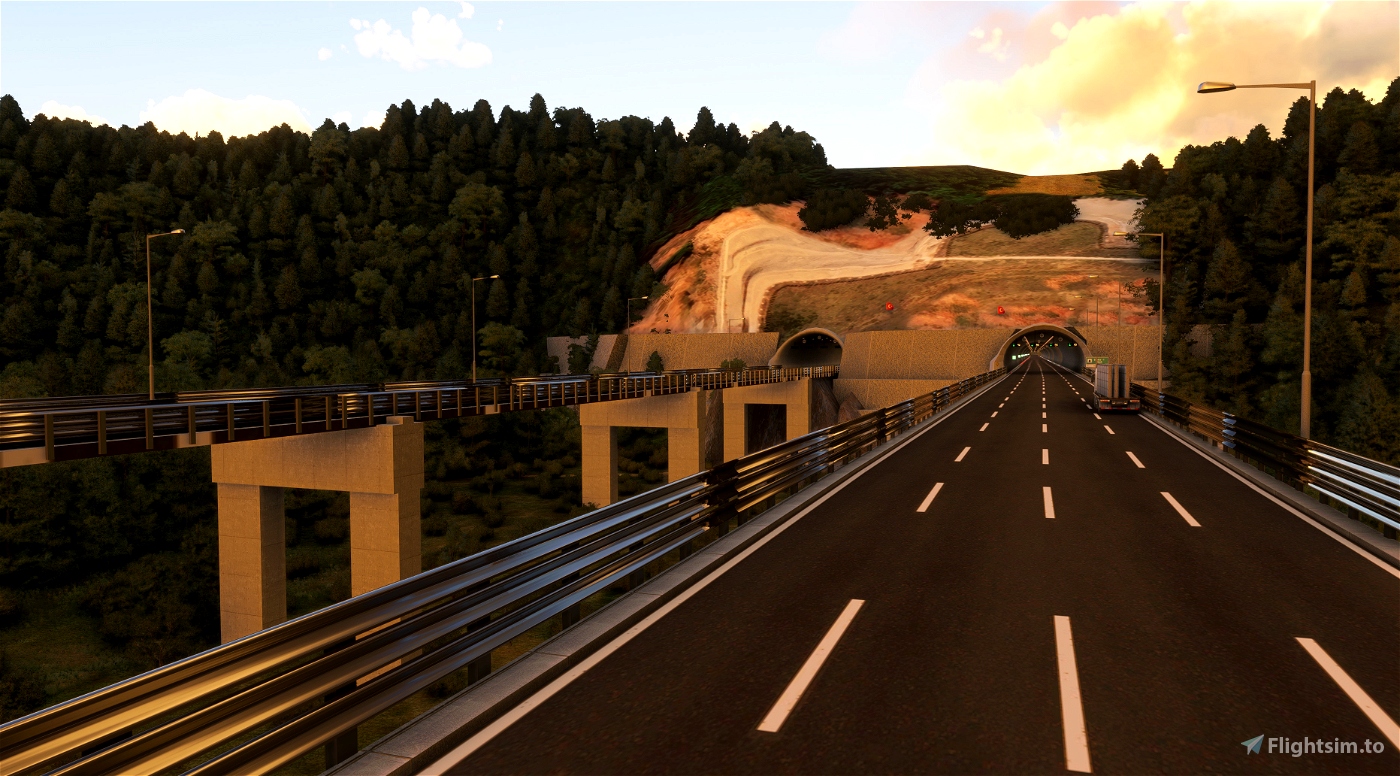 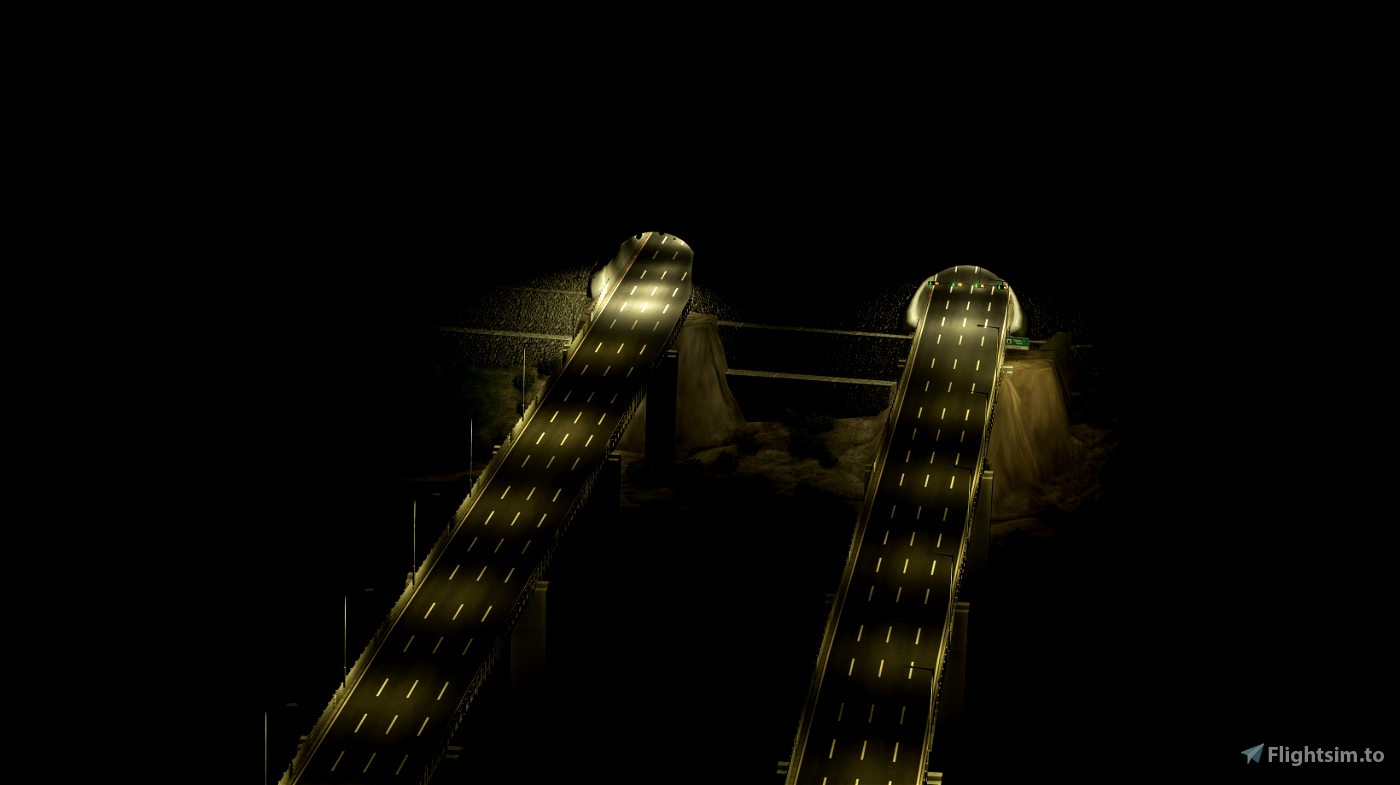 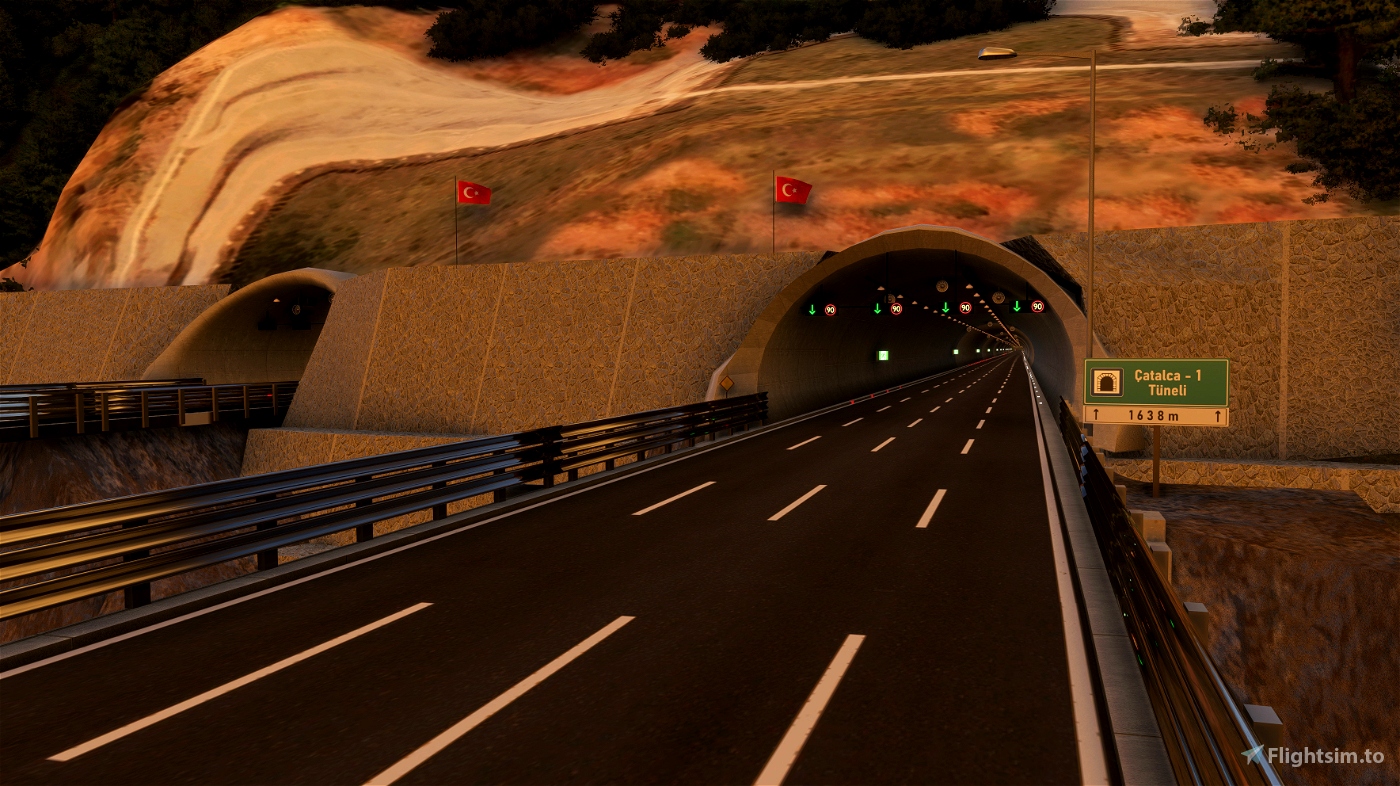 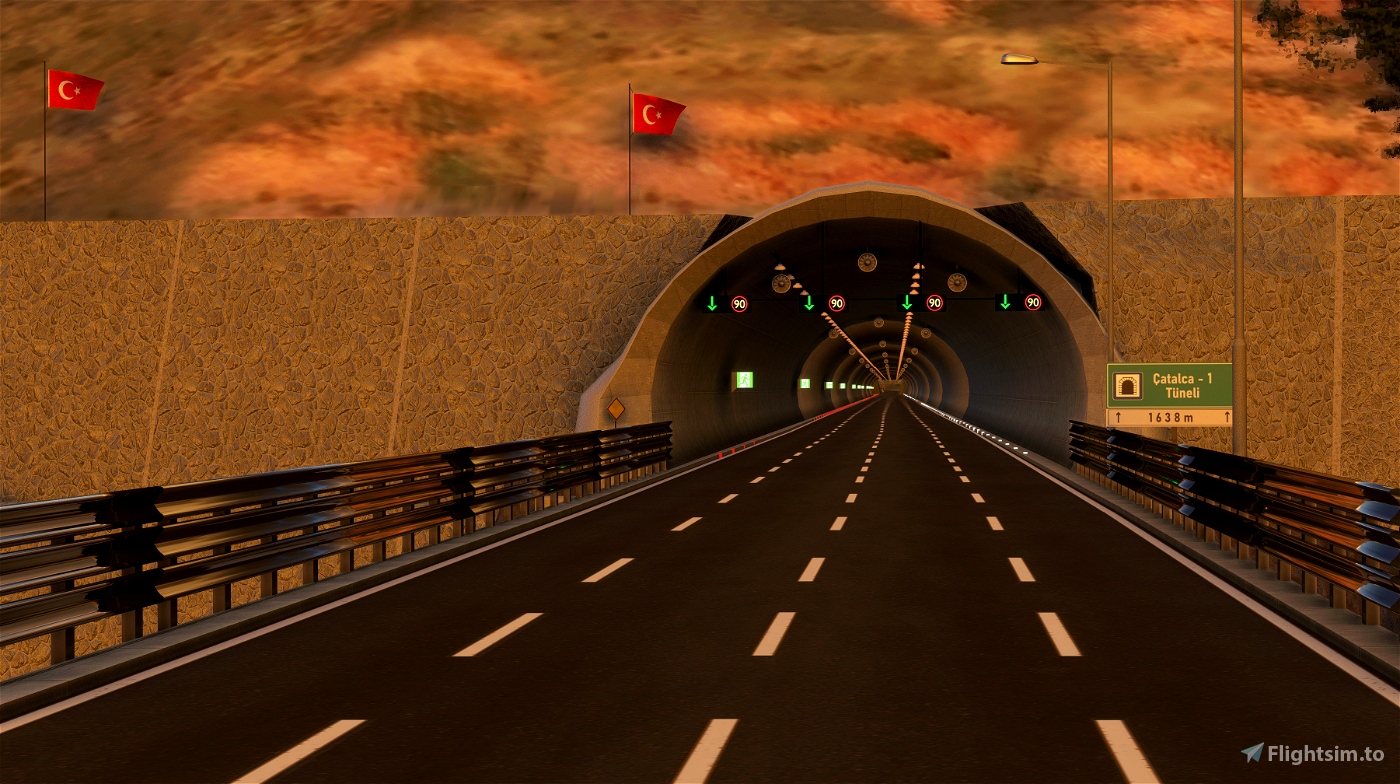 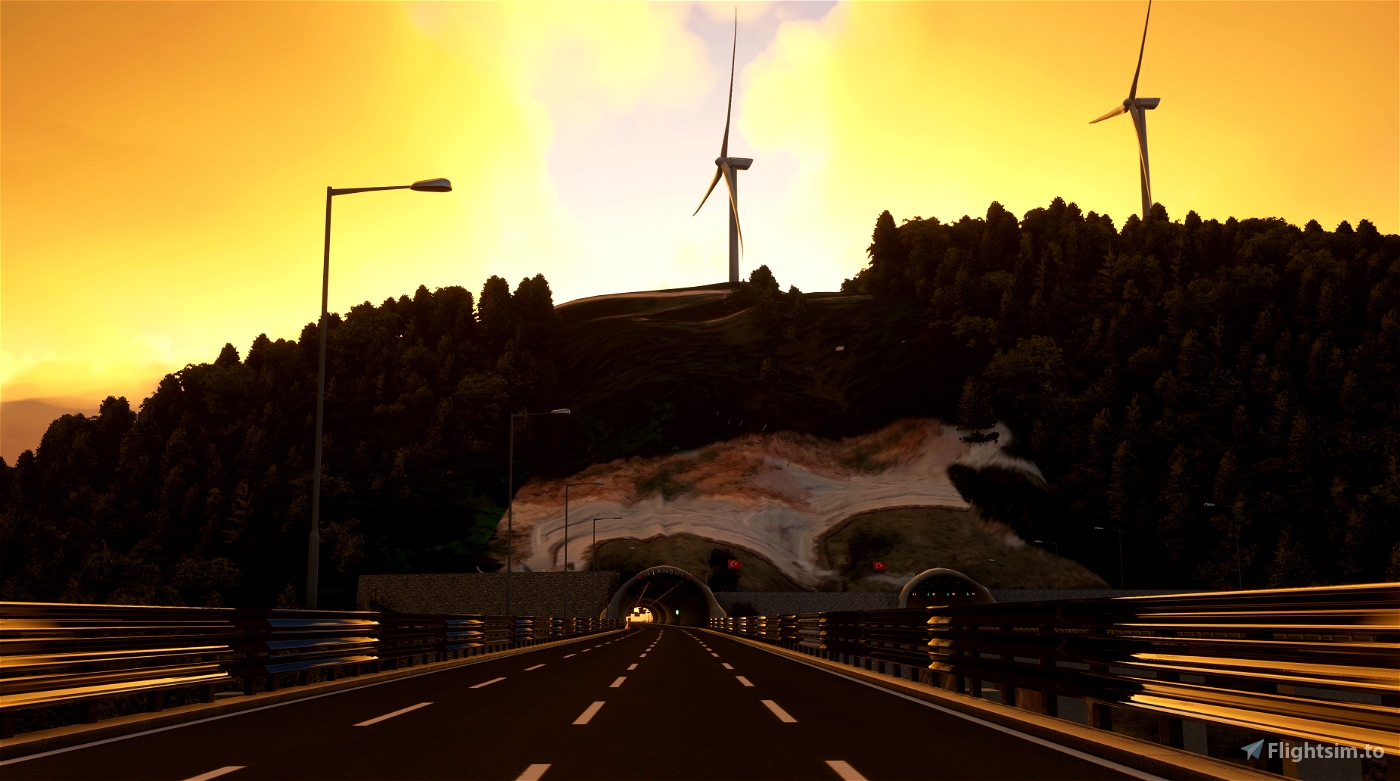 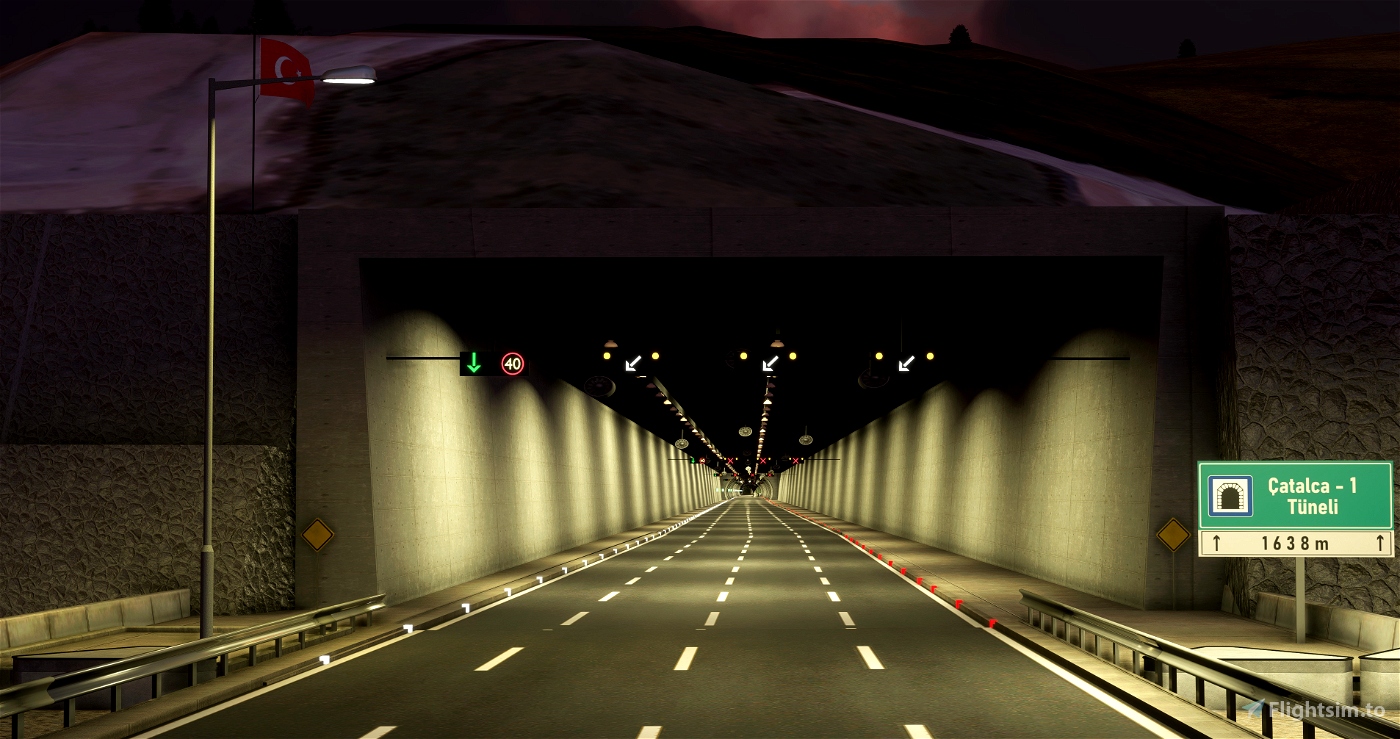 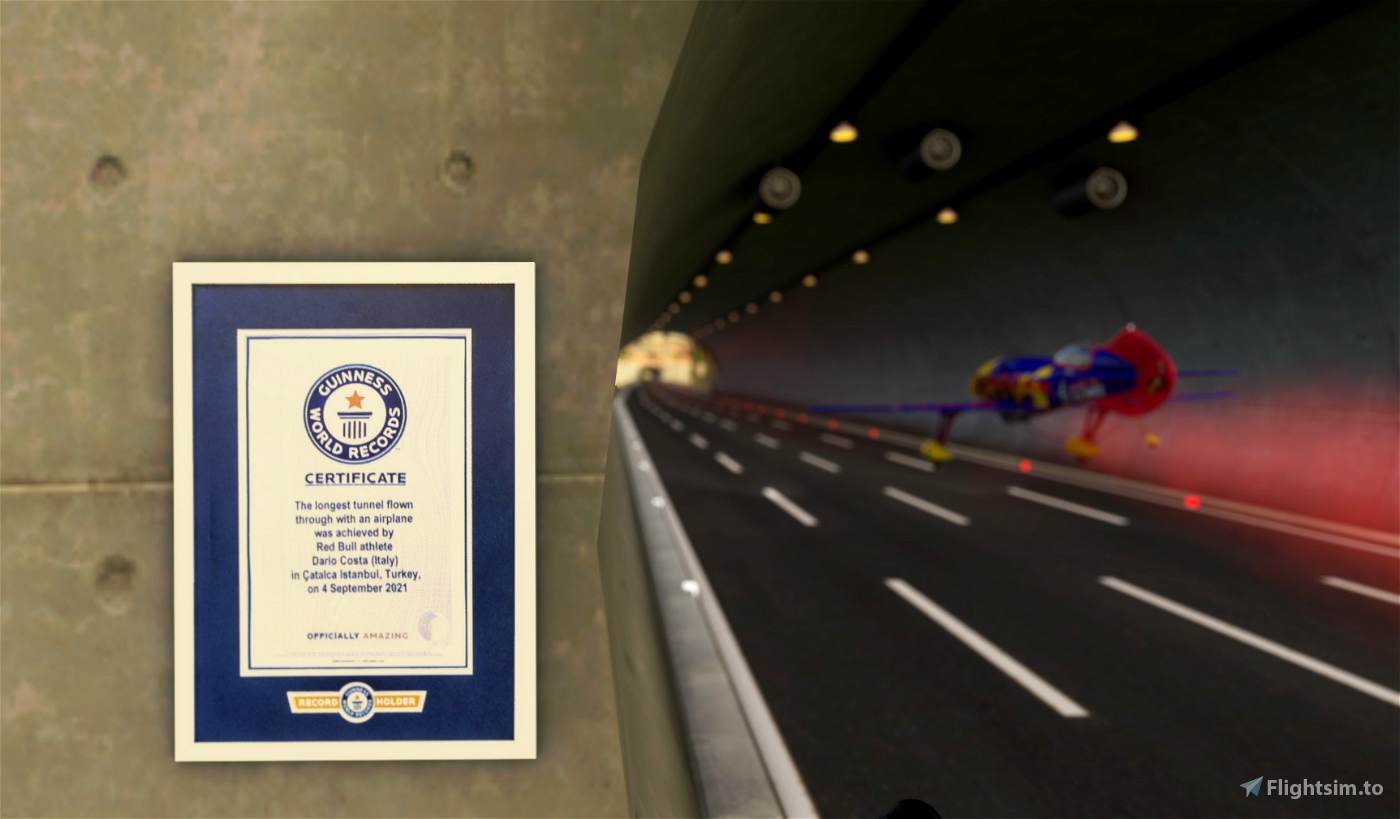 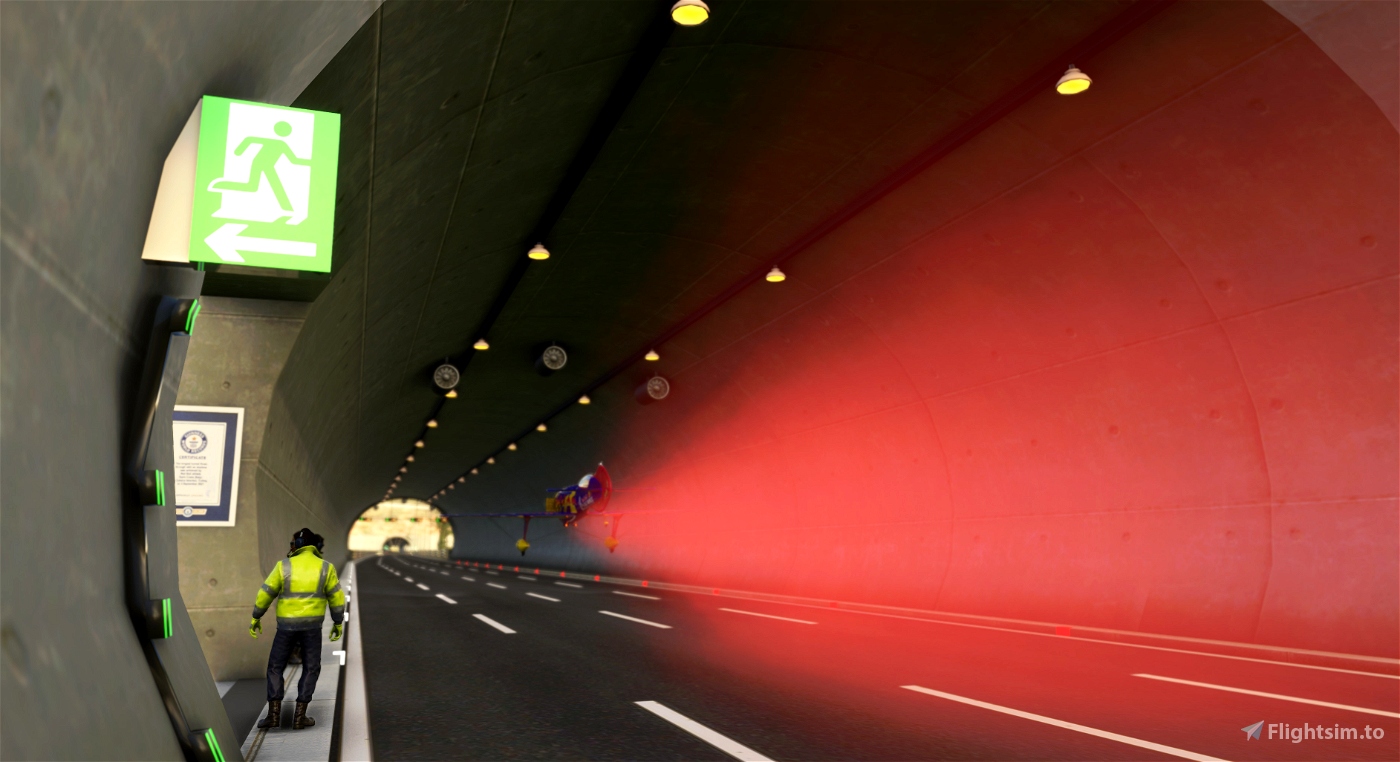 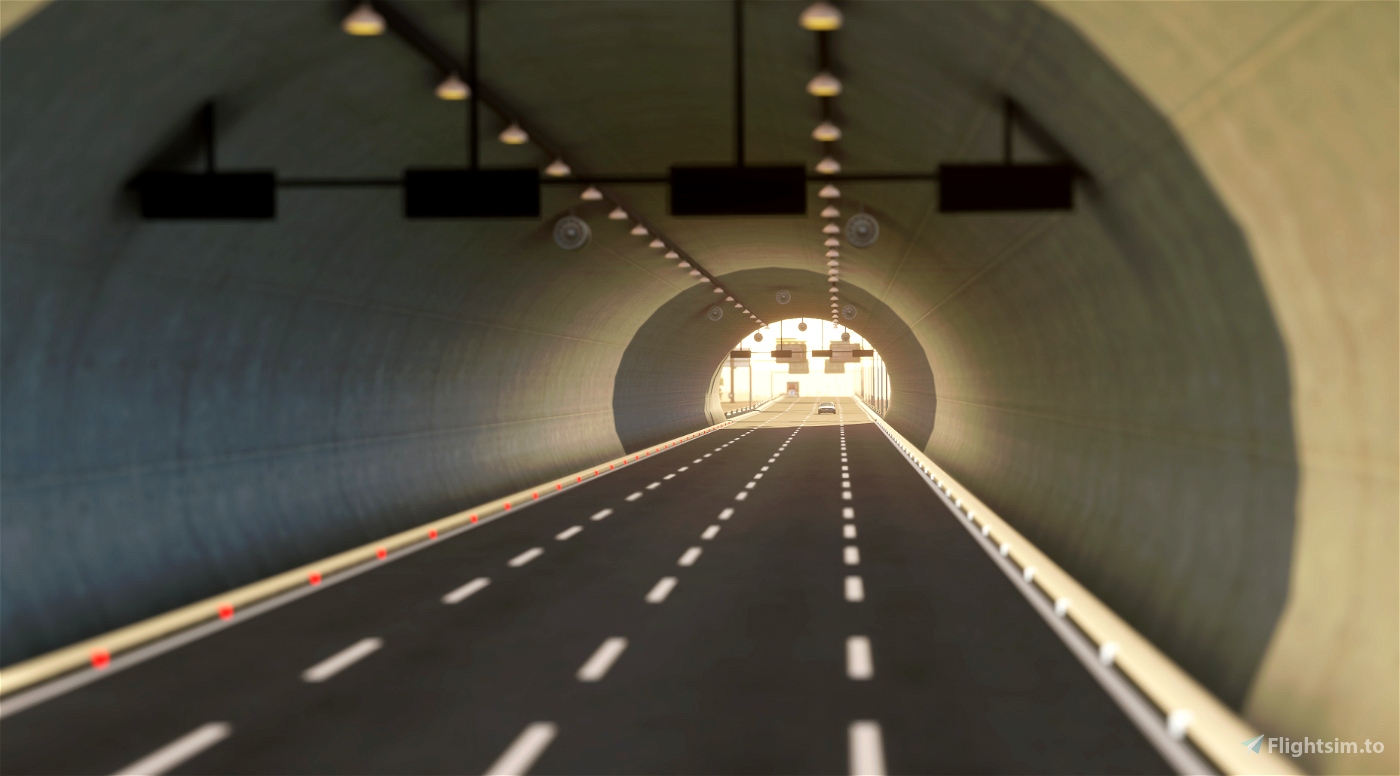 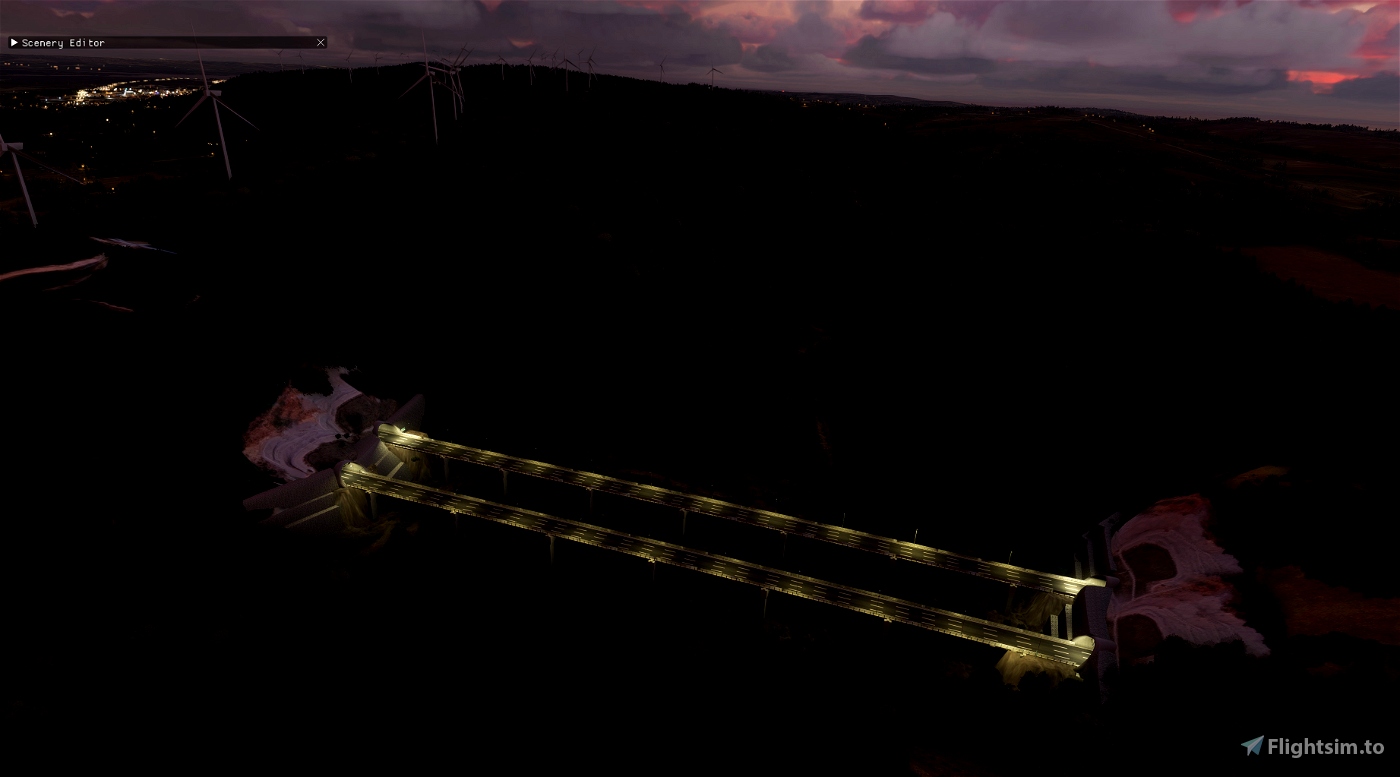 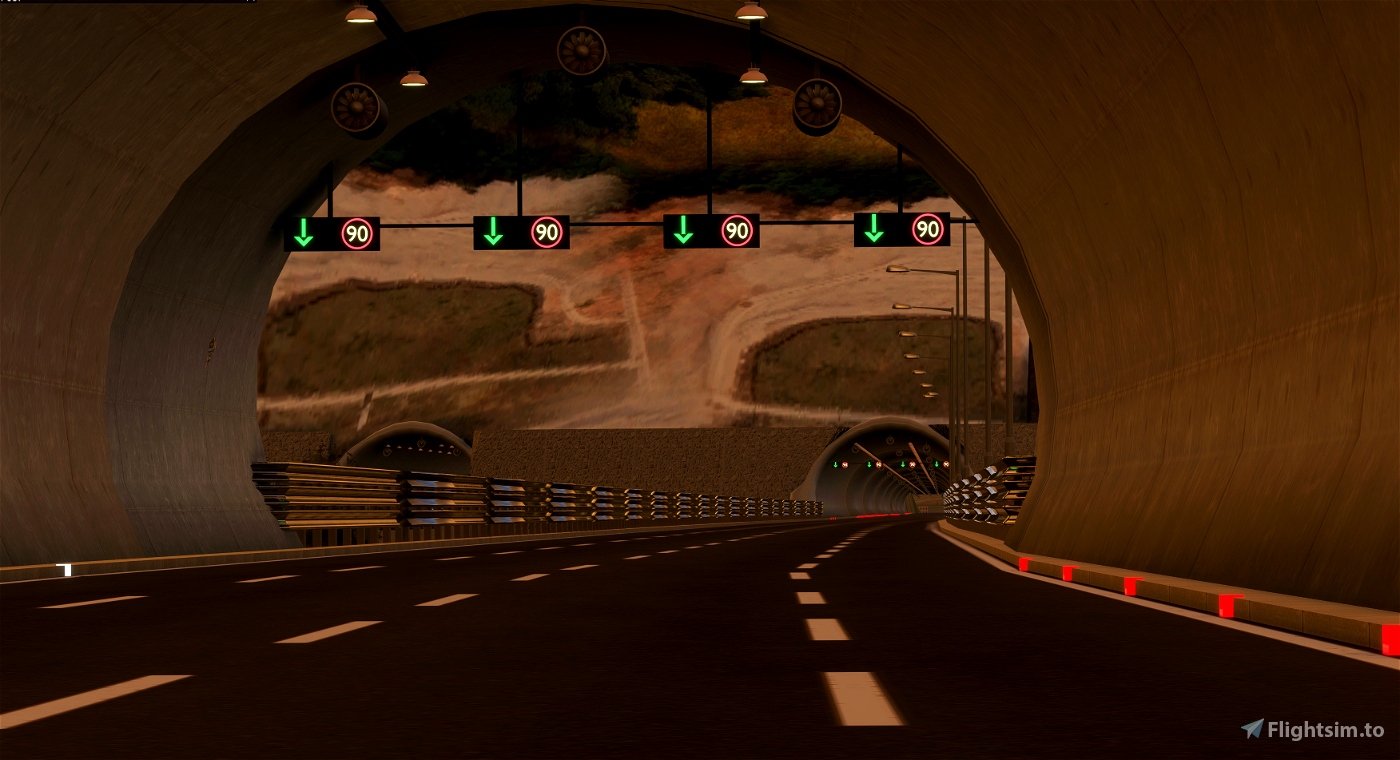 Here is my recreation of Çatalca Tunnels which are located in Turkey. ICAO Code: C4TA

It is the site in which Dario Costa completed a World Record by being the first to takeoff and fly through a tunnel on 4th September 2021. Nobody had ever flown an aeroplane through a tunnel until Italy's Dario Costa sped through two tunnels near Istanbul at average speeds of 245kph

I have pushed the SDK to it's limits with this build. The ability to tunnel through existing terrain is just not possible at this time so I have had to think outside the box on a number of occasions.

I am aware of some minor glitching that can occur when going from one end of the scenery to the other. I have carefully created a balance between how the scenery looks, and how it reactes to the MSFS game logic. Other factors that maybe experienced are:

I have created 2 starting points at a fictitious Airport with ICAO Code of C4TA. I have also added night lighting so this can be attempted day & night.

A placard of Dario's Guinness World Record certificate has been placed at the starting position.

- Runway 01 will start you at the same position as Dario Costa when he set off on his World Record attempt.

- Runway 02 will start you in the opposite tunnel but exactly adjacent to the other tunnel, this enables you to have a race with another player.

There may well be some surprises in the second tunnel to look out for! Keep an eye on the gantry signage!

The Payware aircraft in the preview clip is a Gee Bee R3 Special by GotFriends and can be downloaded here: https://flightsim.to/product/gee-bee-r3-special

The Freeware Red Bull livery by MAHONY can be downloaded here: https://flightsim.to/file/20342/gotfriends-geebee-r3-redbull-livery

Buy me a coffee 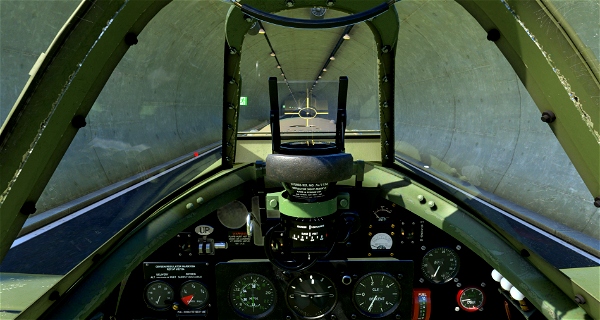 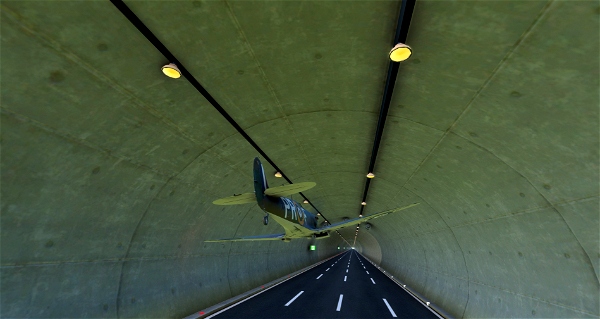 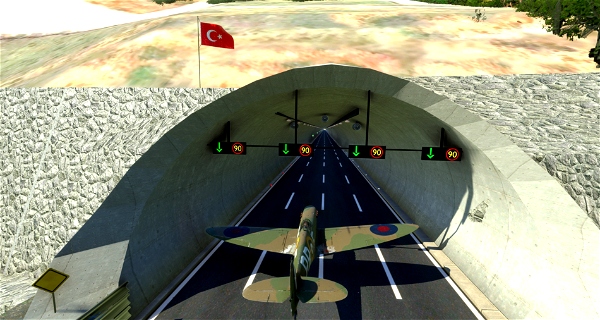 Thank you for this amazing mod 😊

It's sooooo good in VR, truly epic experience - like you are there, thanks for another amazing mod! Once again, the love for detail and accuracy on display, above standard, WELL above!

This is a true keeper! Very Well done!

One of the best add ons on here, and miles better than the other tunnels. Looks incredible all the way through and keeps true to life. Very rarely give max ratings as think looses it's effect when given out just if like but this deserves nothing less. Thank you Jeppeson for your incredible work!

Love it <3 let the challenge begin 😀